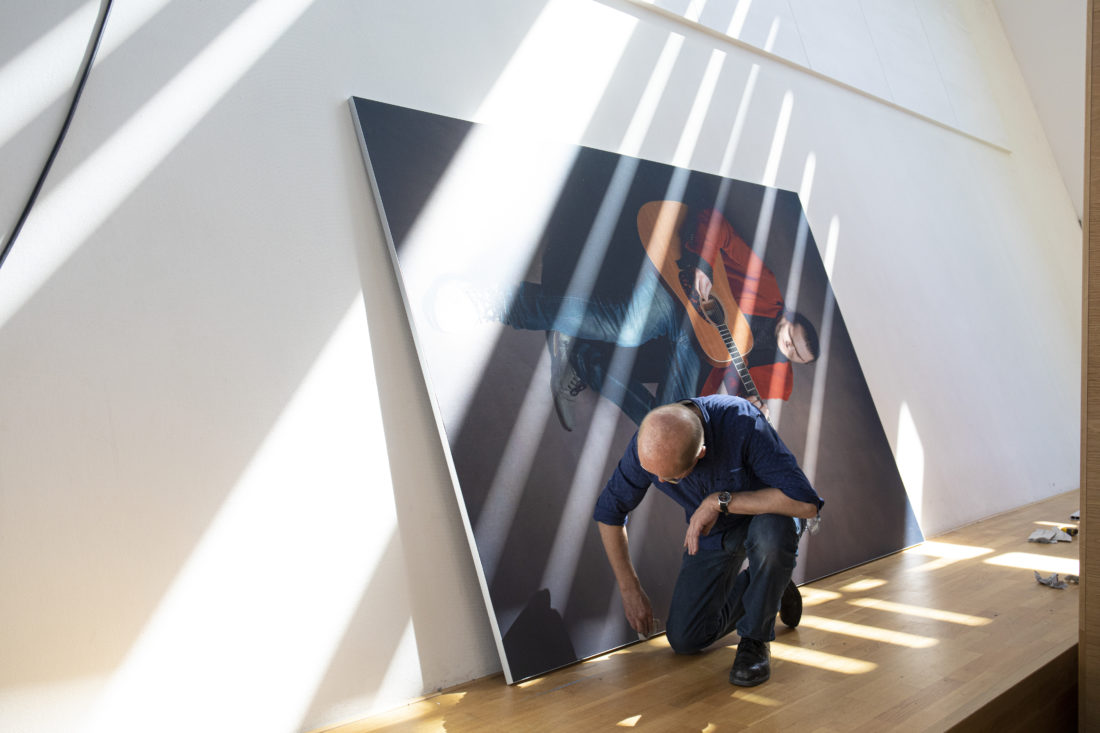 The Modern Pilgrim photo’s have found a new home

Three of the Modern Pilgrim photo’s have found a new home. And they are there to stay!

Mbo Rijnland in Leiden is the happy new owner of the three works from the Modern Pilgrim series, they are currently on show in their auditorium. This time in XXL, The photo’s are a “modest” two by three meters big each! Assembling and mounting these big boys was quite the adventure, for which Mbo Rijnland also hired me to arrange. With very little experience in working with giant frames but a lot of enthusiasm and eager to learn I accepted this challenge. Thanks to America drukkers Leiden these photos have been printed on beautiful high-quality canvas. If I would like to help them with the framing? Uhm. Yes of course!

Installing the works was quite the adventure also. With a rope in a window washer cart, the works were elevated to great height “pun intended” To be mounted on custom made frames. If our very ambitious plan was gonna succeed was still unsure on the day of the assembly. But in the end, everything worked out and once the three by two-meter works were framed and mounted they blended in perfectly with the giant building.

My name is Veerle Sloof. I’m a 22-year-old photographer. In 2014 I started my own photography business: Veer & Vorm.